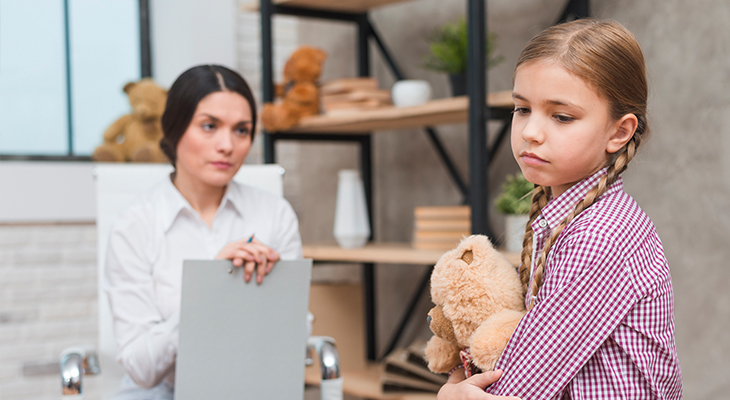 Autism Spectrum Disorder (ASD) is a complex neurological and developmental disorder that affects a person’s ability to communicate, interact with others, and respond to the environment. It is characterized by challenges with social skills, repetitive behaviors, speech, and nonverbal communication, as well as unique strengths and differences.

In this blog post, we will provide a comprehensive introduction to ASD, including its definition, diagnosis, causes, and treatment options. We will also discuss the impact of ASD on individuals, families, and society, as well as the potential benefits of early intervention.

What is Autism Spectrum Disorder?

Autism Spectrum Disorder (ASD) is a group of developmental disorders that affect communication, social interaction, and behavior. It is a spectrum disorder, meaning it affects people differently and to varying degrees.

Common characteristics of ASD include difficulty with social interactions, repetitive behaviors, sensitivity to certain sensory stimuli, and difficulty with verbal and nonverbal communication. ASD is diagnosed in children, although it can also be diagnosed in adulthood. It is estimated that 1 in 68 children has some form of ASD.

ASD can manifest itself differently in each individual, and the effects can range from mild to severe. People with mild forms of ASD may exhibit symptoms such as difficulty understanding social cues or engaging in conversations, while those with more severe forms may experience difficulty speaking, lack of interest in activities and relationships, or increased aggression.

Although there is no known cure for ASD, treatment options such as behavioral therapy and medication can help reduce some of the symptoms.

The Different Types of Autism

Also known as “classic” autism, this is the most severe form of the disorder, characterized by significant communication and social challenges.

This form of autism is characterized by difficulties in social interaction, although language skills are usually not impaired.

People with this diagnosis have some but not all features of autism spectrum disorder, or their symptoms are too mild to fit any other diagnosis.

This is a rare form of autism characterized by normal development for the first two to four years followed by a regression of skills including communication and social skills.

This condition is characterized by loss of motor and communication skills, as well as intellectual disability. It mostly affects girls and is caused by a mutation in the MECP2 gene.

The Signs and Symptoms of Autism

Autistic individuals often have difficulty understanding or expressing verbal and nonverbal communication, such as facial expressions, body language, and gestures. They may also have difficulty engaging in a conversation or following instructions.

Autistic individuals may display repetitive behaviors, such as repeating words or phrases, rocking back and forth, hand flapping, and head banging. They may also be very particular about the order or routine of their daily activities.

Autistic individuals may become extremely focused on specific topics or objects and may be resistant to change. They may display an obsessive interest in one topic and want to talk about it constantly.

Autistic individuals may be sensitive to certain noises, tastes, smells, textures, and lights. They may also react negatively to being touched or cuddled.

Autistic individuals may have difficulty forming relationships and engaging in social interactions. They may be shy and withdrawn or appear to be indifferent to others.

The Causes of Autism

At this time, the exact cause of autism spectrum disorder (ASD) is unknown. Research indicates that it’s likely caused by a combination of genetic and environmental factors. Studies suggest that changes in certain genes may increase the risk for ASD.

Environmental factors may also play a role in the development of ASD. Factors that may increase the risk for ASD include having a parent with a mental health condition, being born prematurely, and exposure to certain toxins or viruses during pregnancy.

It's important to note that parents often mistakenly blame themselves for their child's autism diagnosis. However, there is no scientific evidence that parenting practices or vaccinations cause autism.

Although the exact cause of autism is still unknown, early diagnosis and intervention are key to helping those with ASD reach their full potential. Research continues to focus on identifying and understanding the genetic, environmental, and neurological factors that contribute to ASD.

The Diagnosis of Autism

Autism Spectrum Disorder can be a challenging condition to live with, but many tools and strategies can help an individual better manage their symptoms. Depending on the severity of the disorder, individuals may need to take extra steps to learn how to cope and adjust to the social, communication, and behavioral challenges that come with Autism. Developing skills such as self-awareness and problem-solving can be beneficial for managing difficult situations. Additionally, getting the proper support and treatments can make living with Autism much easier.

It’s also important to have a strong support system of family and friends who are understanding and empathetic to the struggles of Autism. Through developing these strategies and having a supportive network, individuals with Autism can find ways to be successful in their day-to-day lives.

We are proud to announce that FRAT® plays an important role in assessing proper folate transport to the brain, among other tissues. This technology will help medical professionals diagnose a folate transport disorder more accurately and quickly, enabling faster treatment for those affected by autism. Our goal is to make this revolutionary diagnostic technology available to as many people as possible.