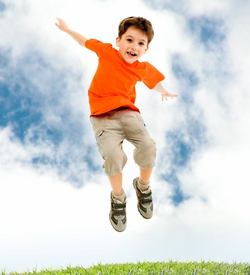 Approximately twenty years ago, a new disease or syndrome (i.e. a combination of signs and symptoms) was described - Cerebral Folate Deficiency (CFD). In essence, this disease/syndrome involves patients with low levels of folate (specifically the active substance 5-MTHF) in the brain (as measured in the fluid that the brain is immersed known as Cerebrospinal Fluid or CSF).

In CFD there is a specific inability to transport 5-MTHF across the blood–brain barrier, resulting in a host of neurological consequences including seizures, delayed motor and cognitive development, autistic features, poor head growth, cerebellar ataxia, visual and hearing impairment, dyskinesia and spasticity. Symptoms generally begin at around 4 months of age with irritability and sleep disturbances.

An antibody-mediated process, with antibodies generated to Folate Receptor A (FRA), is the most common cause for CFD. A subgroup of patients with CFD have these antibodies in their blood, have autistic features, and often respond positively to supplementation with oral folinic acid (5-formyltetrahydrofolate), in preference to folic acid. Treatment of the condition with folinic acid for prolonged periods can result in significant improvement of clinical symptoms and a return of 5-MTHF levels in the CSF to normal. The best responses to treatment are seen when folinic acid supplementation is initiated in early childhood.

In other cases, mutations of the gene for FRA, called FOLR-1, or of the gene for MTHFR are present. Such mutations are usually associated with very low levels of MTHF in the brain (i.e. the receptor is so dysfunctional that hardly any folate or MTHF can be transported into the brain properly).