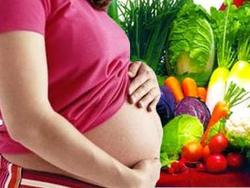 Folate is important for normal brain development and function. Inadequate folate levels in the pregnant woman can lead to neural birth defects (see section on pregnancy and NTD). In children and adults, lack of sufficient brain folate levels has been associated with abnormalities in cognition, behavior, mood and other neuromotor development. Adding folate has been shown to improve the efficacy of some anti-depressants because folate is needed in the brain for the synthesis of norepinephrine, serotonin, and dopamine.

Folate reaches the brain via receptors and carriers, with the most prominent being Folate Receptor A (FRA). Other carriers are Reduced Folate Carrier (RFC) and Proton-Coupled Folate Transporter (PCFT). Many experts believe that some infants start forming antibodies against their own FRA at the barrier between the blood and the brain. Once antibodies start forming, lack of adequate folate in the brain become manifest. The causes for the formation of these antibodies is not known, but one usually thinks of the role of certain genes and their mutations (polymorphism) as being the major suspects. An interesting (and yet unproven) potential trigger for the generation of these antibodies is the switch from breast milk to cow milk. Cow milk contains the folate receptor A (in a soluble form), and infants tend to recognize it as a foreign protein, thus making antibodies against it. The folate receptor A from cow’s milk is different enough from the human receptor to generate antibodies but not as different to cause the antibodies formed to attack their own folate receptor. Consequently, it is these antibodies that start blocking the transport of folate to the brain. In a study of children with CFD (see section on CFD), after switching to a milk-free diet, the levels of FRA antibodies decreased. When cow's milk was re-instituted the titers went back up again.

In other cases mutations of the gene for FRA, called FOLR-1, are present and usually are associated with very low levels of MTHF in the brain (i.e. the receptor is so dysfunctional that hardly any folate or MTHF can get into the brain). Another example is mutations to the MTHFR, a key enzyme in the synthesis of 5-MTHF. These last two examples provide unequivocal evidence that lack of folate in the brain can indeed, by itself, lead to clinically important manifestations.