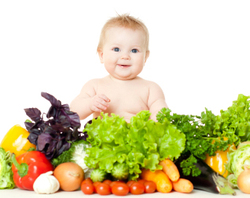 NTDs are serious congenital malformations of the central nervous system. The two most common, anencephaly (absence of brain tissue, skull, and overlying skin) and spina bifida (protrusion of spinal cord, through a defect in the spine), comprise >90% of the cases.

Both arise from incomplete closure of the neural tube in the first few weeks of gestation, often before a woman is aware that she is pregnant. NTDs are a worldwide problem, with at its peak approximately 300,000 affected newborns every year and 3,000 cases per year in the United States alone.

The causes of these defects are not fully understood. Similarily, as in autism, they involve an interaction of genetic and environmental factors, with folate deficiency very likely playing an important role. It is the lack of sufficient folic acid in the developing brain (and nervous tissue), (perhaps superimposed on a poorly defined genetic predisposition) that is responsible for most cases of NTD and other congenital malformations.

The evidence for the role of inadequate folate levels in NTDs is mostly derived from the data showing that increased maternal folic acid intake during the periconceptual period (that is, in the weeks and days before and after conception) is effective in reducing both first occurrence and recurrence of NTDs. Another compelling line of evidence for the role of folate deficiency in NTDs comes from the study of an uncommon gene polymorphism in a key enzyme in the pathway that leads to the formation of the active folate metabolite, 5-MTHF. Those who have this mutation in the enzyme MTHFR (the technical term is C677T MTHFR polymorphism – meaning the Cytosine in position 677 is replaced inappropriately by a Thymidine), are more prone to have NTD.

In addition, some pregnant women have antibodies to the Folate Receptor A (FRA). In one of the earliest studies, published in the New England Journal of Medicine in 2004, such antibodies were found in 9 out of 12 women tested (that is, 12 women who delivered a baby with NTD). This was a small study but two other studies confirmed these findings. Other studies have shown that many biochemical changes in the folate methylation pathway take place in mothers pregnant with an NTD fetus. Decreased methylation capacity and increased oxidative stress in these pregnant women were found in subsequent studies, consistent with the effects of folate insufficiency. Importantly, the loop of evidence was closed nicely in animal models: when antibodies to the folate receptor were administered to pregnant rats, they caused embryonic damage, and the damage was prevented by giving Folinic acid, that is, supplying active folate to bypass the blockage caused by the antibodies.